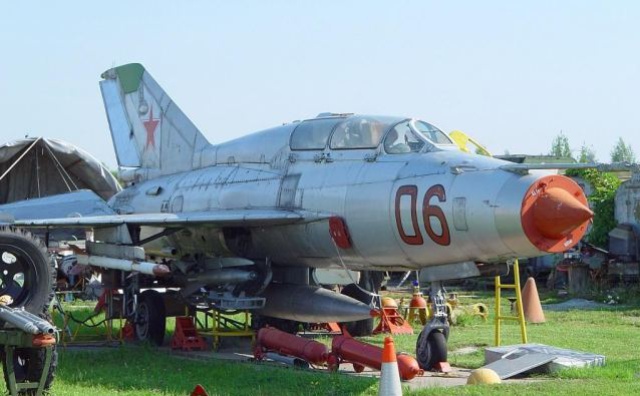 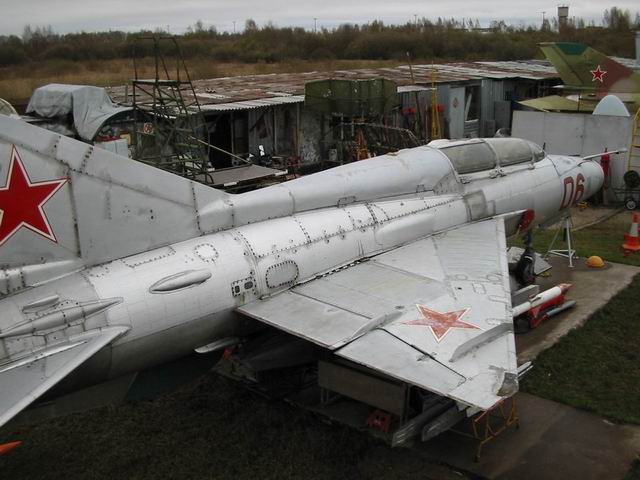 This variant as all MiG-21 two-seaters was produced at Plant No. 31 in Tbilisi. From 1966 till 1970 were produced 347 aircraft, not only for Soviet Air Force but also export airframes. MiG-21US was acquired by Algeria, Angola, Bulgaria, Vietnam, East Germany, Egypt, Zambia, India, Cuba, Poland, Romania, Syria, Uganda, Czechoslovakia and Yugoslavia.

This modification is famous by being involved in the sole Vietnam War official dogfight between Soviet and American pilots. This occurence took place in 1972. The sole MiG-21US which was piloted by Vietnamese student-pilot and Soviet instructor and had not any armament, performed routine training flight over the North Vietnam. Whilst being 4 miles from the home base crew received warning that four «Phantoms» were approaching the airfield. At that moment Vietnamese fighter had only 800 litre of fuel. Trying not to be shot down crew performed sliding roll and defeated the first attack. Then MiG-21US was attacked twice but managed to disappoint all fired missiles successfully. The third attack also did not brought victory to American fighters but Mikoyan trying o avoid all missiles burnt all the fuel onboard, due to this problem pilots made the momentous decision and ejected safely.