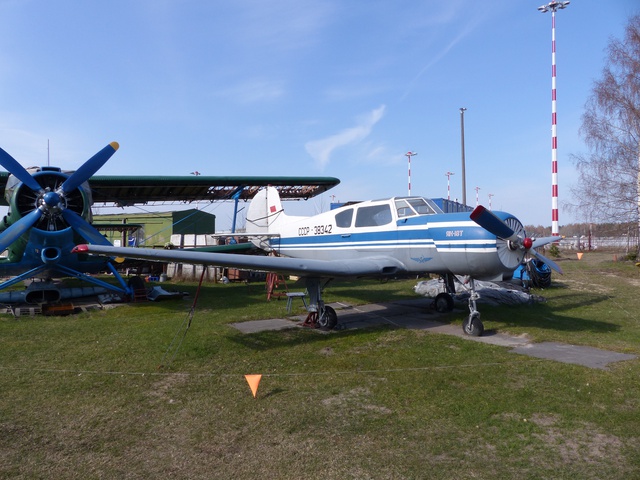 Immediately after World War II ended Yakovlev Design Bureau produced training aircraft Yak-18, which had to become main primary trainer of the Soviet Air Force. On its design were based numerous training and aerobatics variants. Aeroflot used restricted Yak-18A numbers in its flight schools till 1972. Nevertheless, aircraft designed accordingly to military standards wasn't fully acceptable for civil pilots training. First problem was steering (control stick instead of steering wheel). Second one was student and instructor placing behind each other (most common in civil aviation is side by side placing). Third problem was lack of navigation equipment which not allowed landing training in poor weather. That's why Yakovlev designers decided to rework Yak-18 airframe and to develop multi-purpose civil variant which could be used not only for training but also for commercial purposes.

New upgrade was called Yak-18T. It was designed accordingly to Aeroflot demands and standards and destined for primary training purposes. Soviet Civil Aviation Ministry issued official order in 1967 and Design Bureau plant started to assemble two prototypes: one flight trials and second for static tests. The same year first prototype wasshown in static display at Paris Airshow together with Yak-40 and Yak-18PM. First test flight was performed in August 1967. Mass production started in 1972 at the Smolensk Aviation Plant. First school which received new aircraft was Sasovo Flight School with next to receive Aktyubinsk, Buguruslan, Kirovograd and Krasnyi Kut Flight Schools. Aeroflot used Yak-18T as trainer till the middle of 1980's. For commercial purposes they weren't used due to enough numbers of «all-round craftsman» Antonov An-2 biplanes.

Our Museum has one Yak-18T registered СССР-38342 (production number 4200803). It had first flight in April 1974 and on May 22nd was delivered to Sasovo Flight School. After service life end it was overhanded by Riga Civil Aviation Engineers Institute as ground instructional airframe and in the middle of 1980's was donated to our Museum.