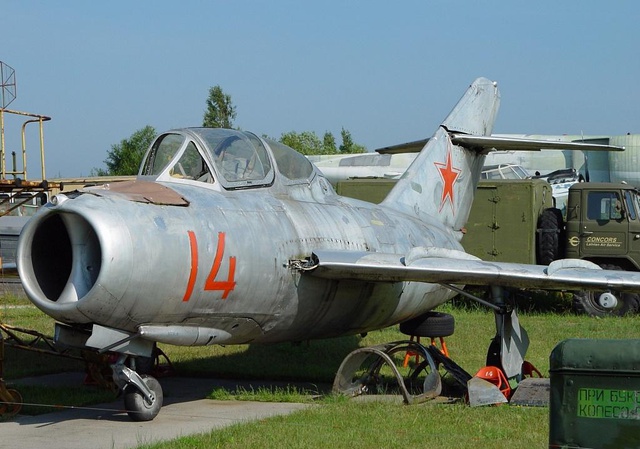 The Mikoyan-Gurevich MiG-15 (МиГ-15 in Cyrillic script) (NATO reporting name "Fagot") was a jet fighter developed for the USSR. 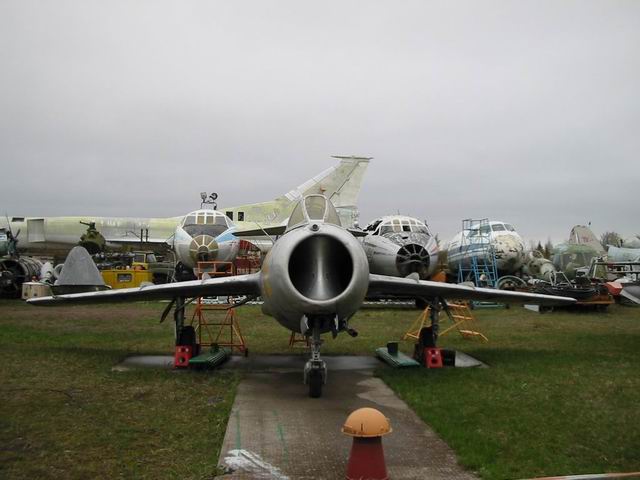 A variety of MiG-15 variants were built, but the most common was the MiG-15UTI (NATO 'Midget') two-seat trainer. Because Mikoyan-Gurevich never mass-produced the transition training versions of the later MiG-17 or MiG-19, the 'Midget' remained the sole Warsaw Pact advanced jet trainer well into the 1970s, the primary training role being fulfilled (save for Poland, who used their indigenous TS-11 Iskra jets) exclusively by Czechoslovak Aero L-29 Delfin (Maya) and the L-39 Albatros jets. While China produced two-seat trainer versions of the later MiG-17 and MiG-19, the Soviets felt that the MiG-15UTI was sufficient for their needs and did not produce their own trainer versions of those aircraft.