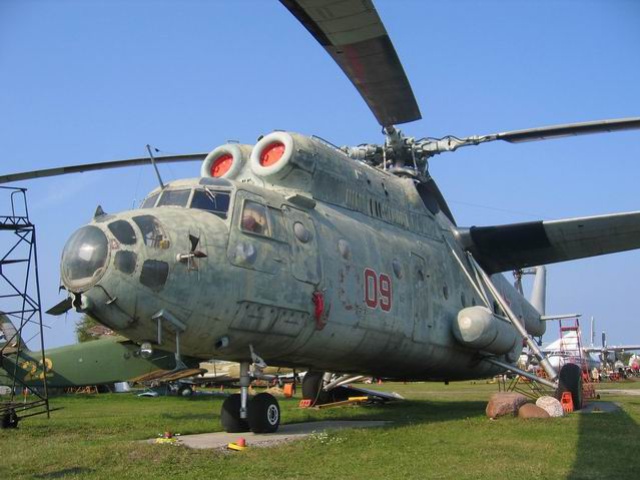 The Mil Mi-6 (NATO reporting name Hook) was a Soviet heavy transport helicopter first flown in July 1957 and built in large numbers for both military and civil roles. 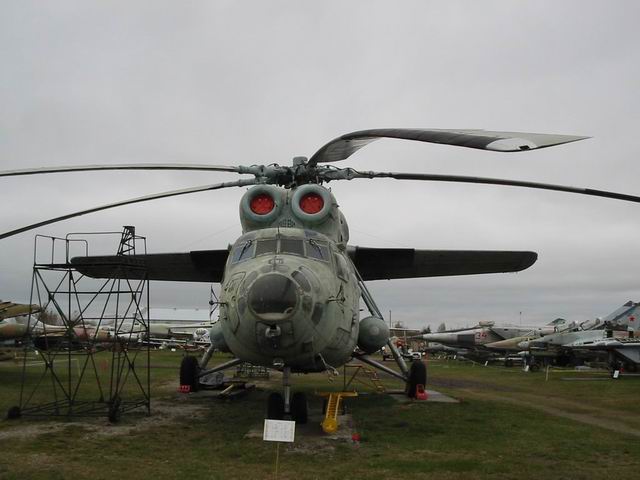 Getting this large vehicle in the air is no easy task; the Mi-6 has an enormous gearbox, heavier than its engines, and often uses short wings to relieve the load on the rotor in cruise. It was not only for a long time the largest helicopter, it was also the fastest with a speed of 300 km/h. Load 12,000 kg. Test pilot N.B. Leshin has set the world record of speed. This event was awarded by the American Helicopter Society. 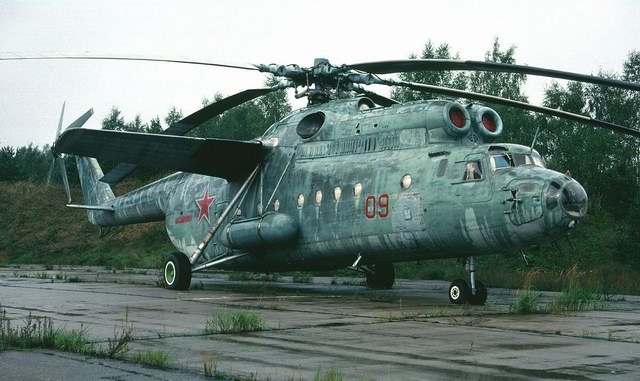