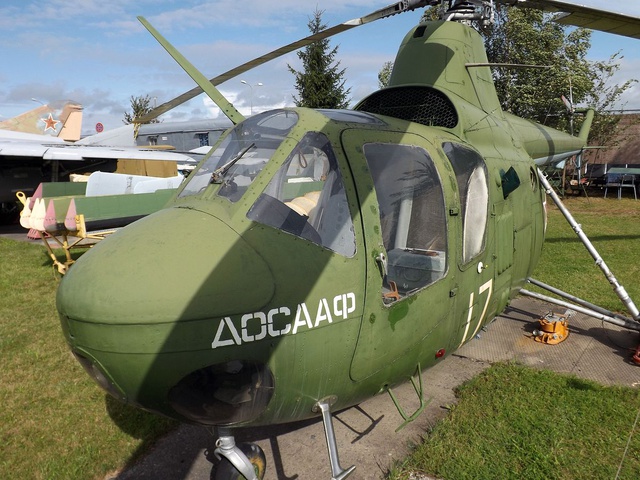 The Mil Mi-1 (originally known to US intelligence as the Type-32 and later by the NATO reporting name Hare) was a Soviet three-seat light utility helicopter. It is powered by one 575 hp Ivchenko AI-26V radial. It entered service in 1950 and was first seen on the 1951 Soviet Aviation Day, Tushino and has since been produced for 16 years with several hundred built. 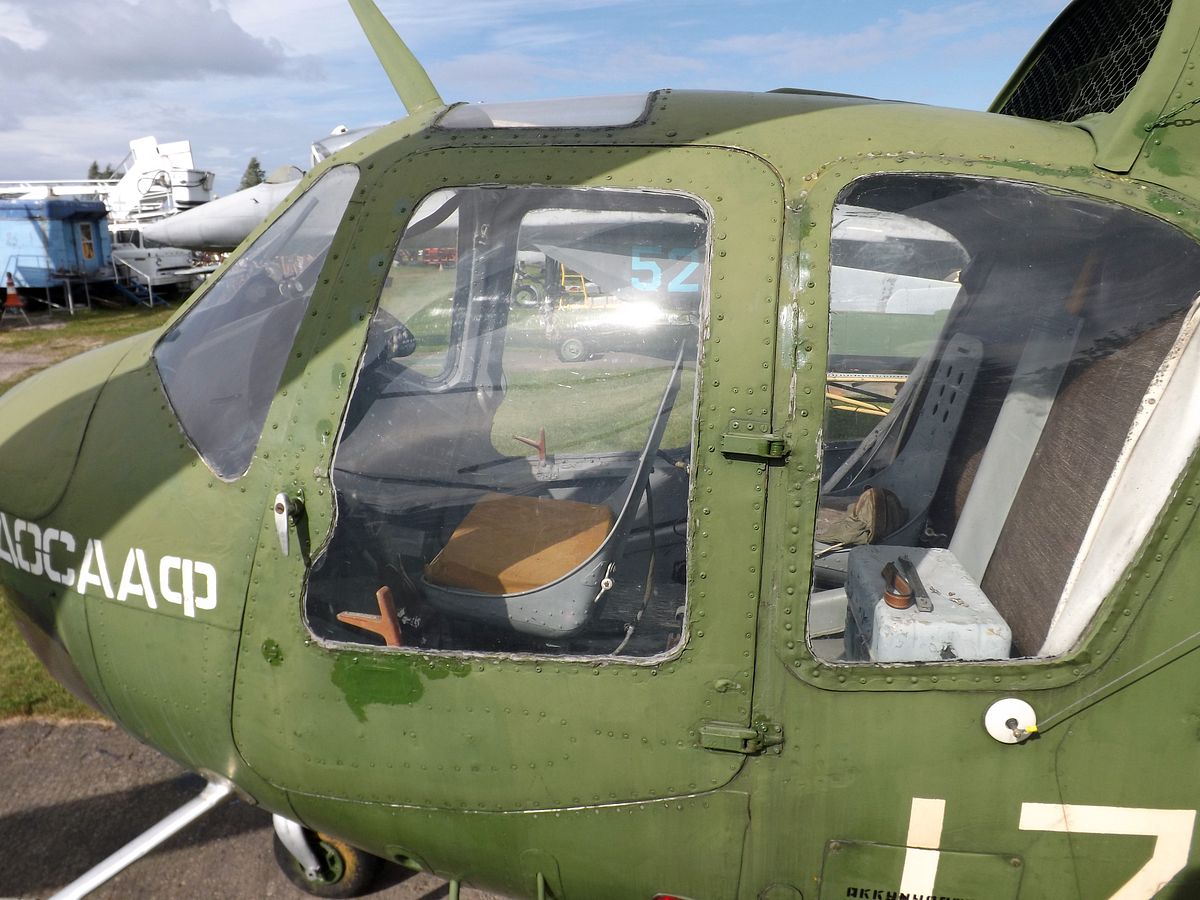 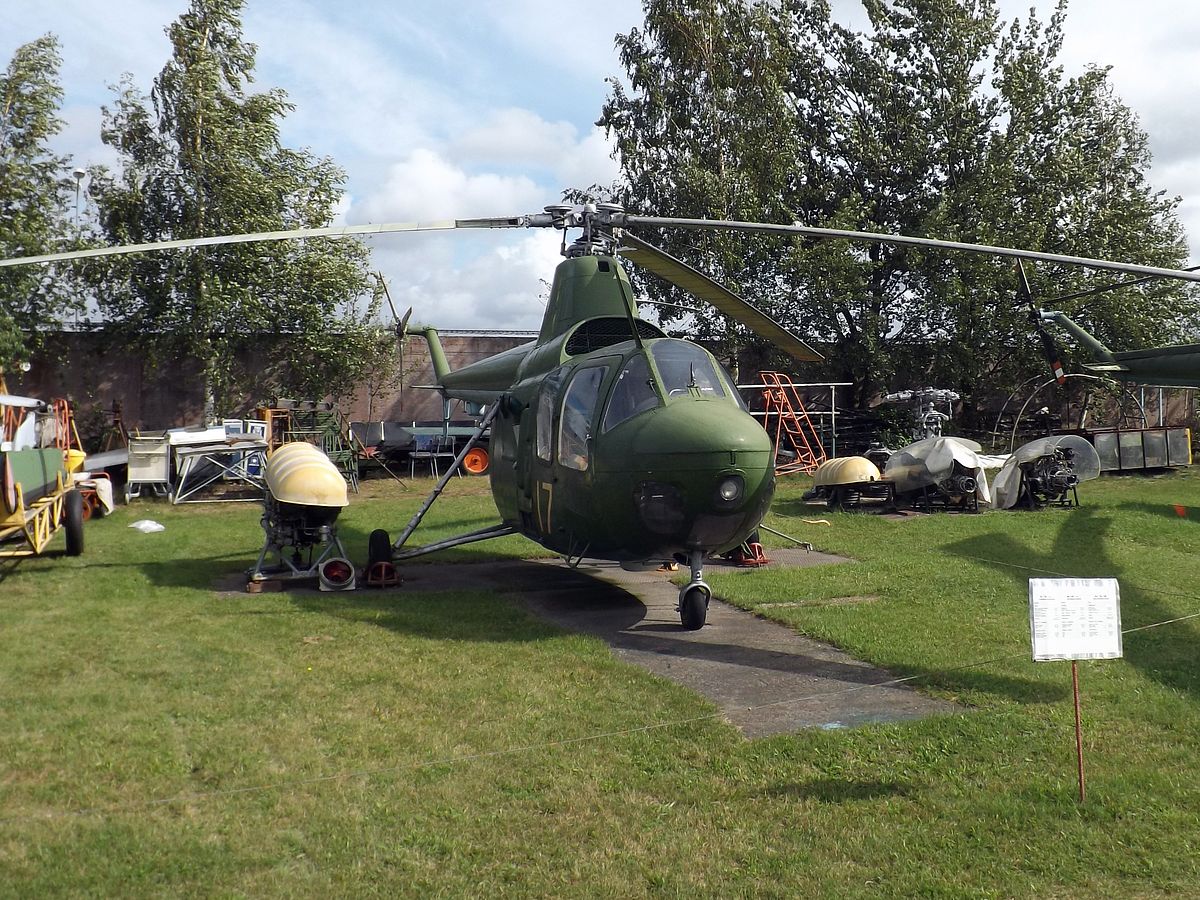 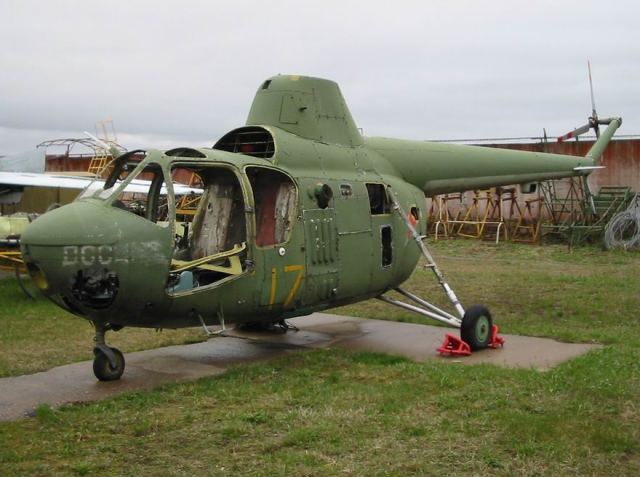