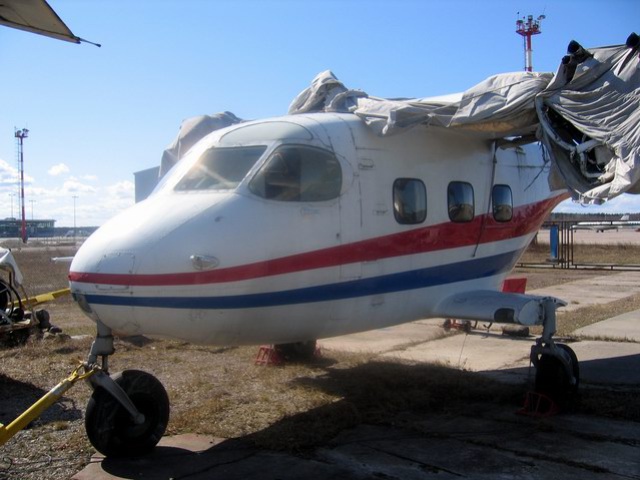 The Antonov 14 was conceived around 1955 to answer Aeroflot''s requirements for a small utility aircraft capable of STOL performance. Military government wanted to see from this airplane an easy airplane for secret service agents.

The first flight was made at the Antonov headquarters in Kiev on 15 March 1958, but the basic design was subjected to a large number of alterations, and it was not until 1965 that it entered service, series production having been allocated to Factory 115, Arsenyev, in the Soviet Far East. It was one of the few type to receive a name, "Pcholka" (or bee). 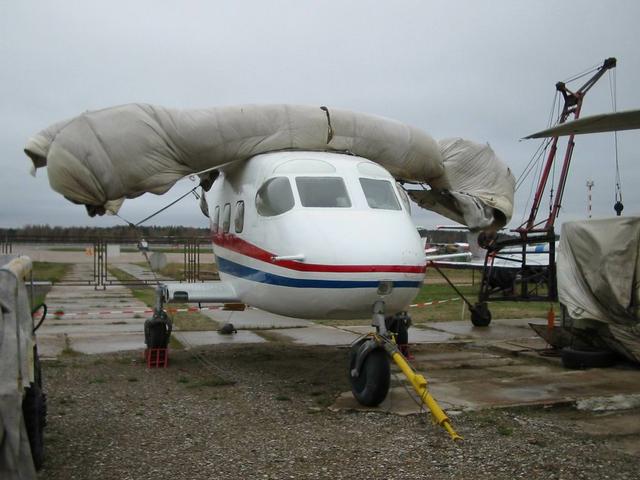 Although it was thought that Aeroflot operated the type in its far east Directorate, the archive of the old Soviet register shows that in fact most civil registered aircraft were allocated to its Moscow Directorate, with others being operated by various factories. Most of the production was for the Air Force. Maximum passenger capacity was eight and the aircraft was also available as a flying ambulance, taking six stretcher patients, or as a crop sprayer.

The last flyable An-14 sadly crashed on 09 December 1999, but examples remain in museums in Germany, Russia, Ukraine, Bulgaria,Mongolia and our museum.

The construction number is explained as follows: first digit year of manufacture (1965 - 1971), digits 2 to 4 are the batch number and the last two digits the number in the batch.

Our An-14A was passed to Museum in 1981-82 and to 1994 years stood on the ground in airport Skulte(International Airport Riga) fully manned.

In 1994 plane was taken across to Panevezhis aviarepair factory(Lithuania) with the purpose of renewal to the flying state, and repainted. The chart of colouring was chosen by repairers. But it is not fated it was plans to be sold off on a that moment. And then all abutted against engines. The point is that on An-14 engines AI-14 of the special modification stood - CHR ("extraordinary mode"). And present rendering-engines were "dead". It is needed it was to search them on replacement other, but as An-14''s it was produced not very much much, AI-14CHR also did not get wide distribution. And all of attempts of search of fresh rendering-engines was not crowned success... An airplane after the leadthrough of repair stuck at the plant, in spite of that all was paid. Times were wild, repair factory was messed up and the quick visits of the Lithuanian gangsters took a place to be. But with great labour all the same it was succeeded to return an airplane "on a motherland". 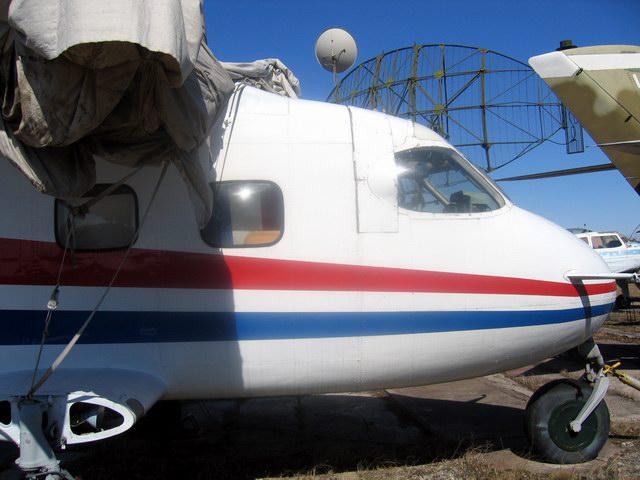 History of this side. Information is taken from "history document" of this An-14A (enough rare case, when an airplane was passed to the museum together with all of the document): This An-14A was exploited soldiery:
from 1969 to 1971 - m/s(military station) 06931 (Pribaltic Military District);
from 1971 to 1976 - m/s 54894 (it is known for certain, that it by 372th IAP air DEFENCE, being based on the air field of Daugavpils-lociki, in 80-s this regiment was passed by IBA and rearmed on MIG-27); from 1976 to 1980 - m/s 13803 (Gorelovo Leningrad Military District);
in 1980 an airplane was again passed by 372th IAP, and farther no records in "history document" are not present. Approximately at this time airplane and passed to Museum, but towed him from Lielvarde, so that, fully can be, that "Bee" yet and in a local regiment had time to fly.

For years serial building (1965-1971) 340 machines are produced in Arsen''eve + 3 prototypes at the plant in Kiev, from them over 20 sold to Bulgaria, Guinea, GDR, Congo, Mongolia and Yugoslavia. 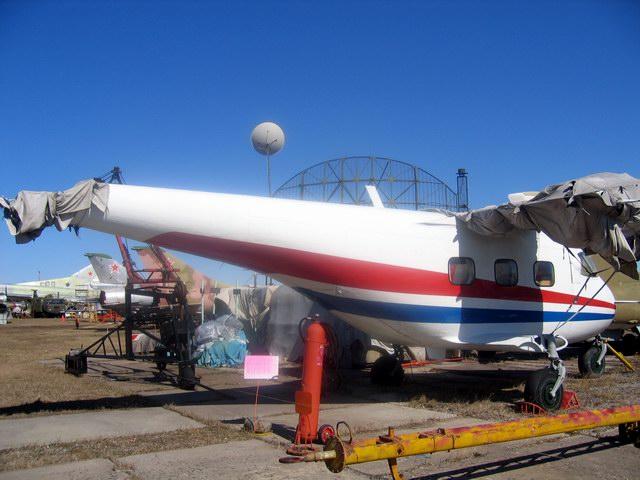